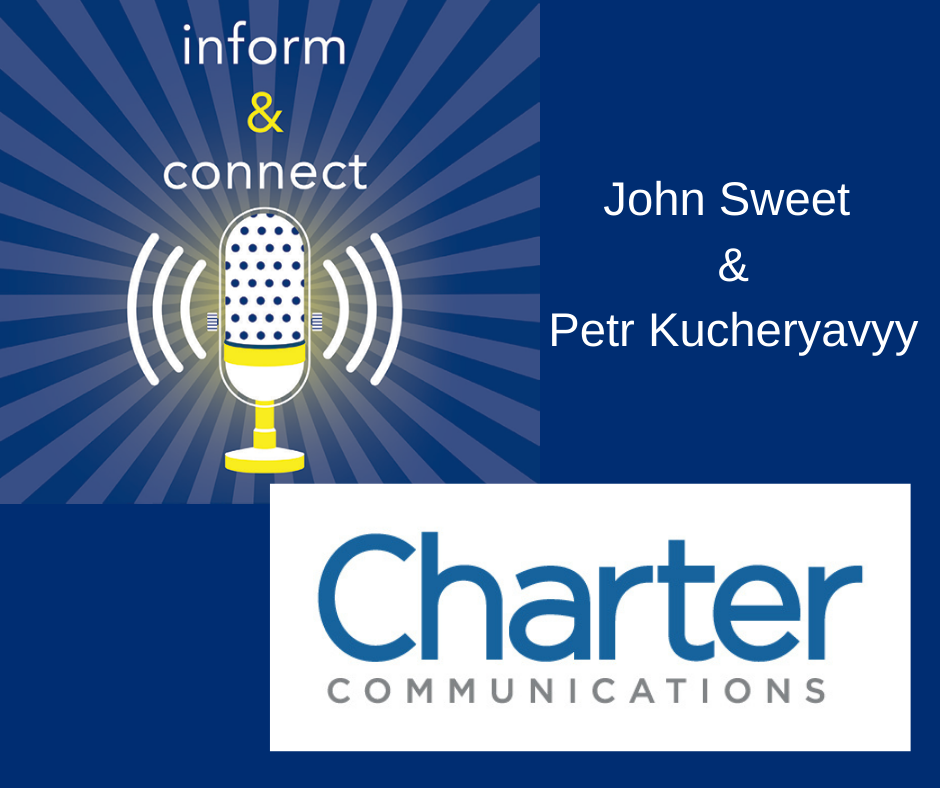 This episode of Inform & Connect features a duo who share a true passion for bringing accessible entertainment to the blind and visually impaired community as well as the hearing impaired community through iOS devices. John Sweet and Petr Kucheryavyy of Charter Communications will discuss their work on Spectrum Access, a free app designed to provide entertainment access to persons with vision or hearing impairments. The app enhances the in-home entertainment experience by enabling customers to play audio description or closed captioning directly from their phone or tablet.

Melody Goodspeed, AFB Major Gifts Specialist, will guide the conversation about the creation of the app, how it works, and where they see it going in the future.

“When I first downloaded this app I was so impressed with how easy it is to use,” Melody said. “I look forward to have an interactive conversation with this innovative team!”

John Sweet: Hey Melody. It's great to talk to you.

Melody: It's so great to talk to you too. I am so excited to have you here. It's going to be, I'm really excited to talk about what you're doing at Spectrum Access and can you sort of tell us what it is you do there?

John Sweet: Yeah, so I work for Charter Spectrum, which is a cable company, second biggest in the country. And I wear a lot of hats, but currently my primary role is the head of innovation. And this app Spectrum Access, which we're going to talk about, is the first product of innovation from the accessibility team at Charter Spectrum. So it came out in early May on iPhone and iPads, and we're looking at an Android release at the end of the year.

Melody: Oh, yay. Actually, I was going to ask that too.

John Sweet: Yeah. I've got that question from a lot of people so.

Melody: Let me just get that right now. That is awesome. So tell us about how this app came about.

John Sweet: Sure. Yeah. This is a fun story actually, and it involves Peter K., who I believe is just joining us too.